With the implementation of full day kindergarten and full implementation occurring in September 2014, child care centres are struggling to stay in business. Currently, with FDK in the fourth year, approximately 184,000 children are enrolled in 2,600 schools.

The Ministry of Education is not tracking the number of child care closures due to the implementation of full day kindergarten but promised to pledge $51 million annually to help child care centres. Education Minister Liz Sandals stated “we actually have provided transition funding for some community based childcares to help them move to cater to a market of younger children,".

At Monday's budget committee meeting, subsidized child care was a topic of discussion on the minds of many, as the public attended a meeting where councillors heard from their thoughts and suggestions on the 2014 budget.

Jane Mercer from the Toronto Coalition for Better Child Care “told the committee that the city will be receiving $20 million a year from the province for child care funding beginning next year and ‘With the increase, you can now act.’ ”.

“She also urged the city to restore the wage-subsidy payments and increase subsidized day care spaces by 528.” 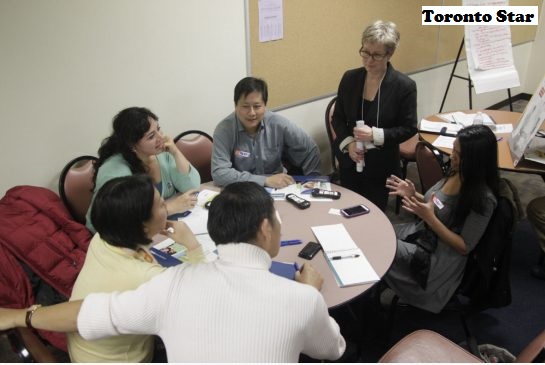 Based on each parent’s experience, it may seem like they were living in different worlds, rather than the same city. One parent was worried because she could not find before and after school care for her 4 year old and two parents have been looking for child care for their 2 year olds and are on the waiting list. On the opposite spectrum, two parents who recently immigrated to Canada found subsidized child care near their homes.

With the varying experiences in child care, Councillor Shelley Carroll states “these stories show how ineffective our patchwork daycare system is”.“Child care is an issue that affects us all in different ways,” she said. “That’s why we need these meetings and why we need to get people talking across generations, too.” 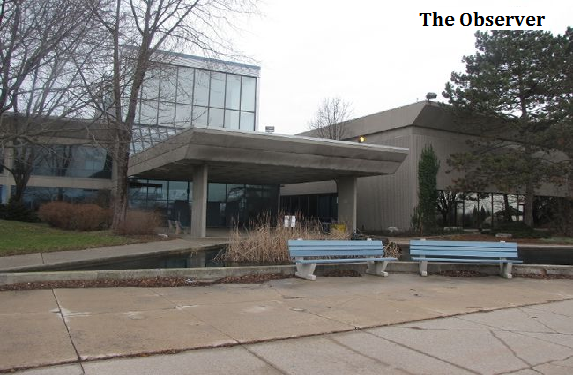 Lambton College is the 13th college in Ontario to close the doors to their child care program in recent years, after 40 years of operation the college’s on-campus child care is scheduled to close July 2014.

The implementation of full-day kindergarten in Ontario has resulted in a decrease in demand of four and five-year-old spots, while there has been a growth in infant and toddler enrollment.  The closure will affect 21 staff jobs, and the 56 children enrolled in the child care.

Part of a series called Daycare Dilemma, this article and video highlights the struggles regarding child care spaces in Waterloo, where despite implementation of full day Kindergarten, there are still not enough spaces available. While the school boards have taken on some responsibility for before and after care, the transition to open new spaces for younger children is still slow going. Click on the title to view the video.

As full-day kindergarten implementation moves forward, issues continue to arise. As the city withholds a grant from Children’s Circle Daycare in Riverdale, until they agree to discontinue their programs for FDK children at local schools, parents are concerned about who is addressing the real needs of families. Ontario Coalition for Better Child Care’s coordinator Andrea Calver discusses the impact FDK is having on childcare and families.

Children’s Circle childcare is facing pressure from Children’s Services Toronto to re-direct care of Kindergarteners to the school-based programs offered in their community. Faced with this prospect, mother Shawna Curtis said, “I would never move my child from a place where she’s happy.”

Out of the three local public school offering before and after care, only one has open spaces. “It’s likely that if Children’s Circle can’t do this anymore, then those children simply won’t have care,” said Andrea Calver, of the Ontario Coalition for Better Child Care.

As well, this raises concerns for parent choice, “Really, parents have different needs based on their families. To us, what’s key is that there are options within regulated care,” said Mike Baril, a board member at Children’s Circle. 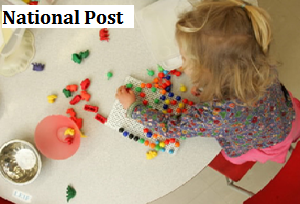 The Children’s Circle Daycare has been denied promised funding to create an infant program by the city, until they agree to end their program providing before and after care to kindergarteners from local public schools. General Manager from Children’s Services for Toronto, Elaine Baxter-Trahair said, “We have confirmed with the board at Children’s Circle that the capital dollars remain available as long as it confirms that it will discontinue escorting FDK children by the 2015 school year.”

With long wait-lists for school-based programs, and a concern regarding parental choice in child care operators, Mike Baril, a Children’s Circle board member hopes for a resolution of this issue, stating, “I think it’s an issue of ideology versus real-world implementation”. 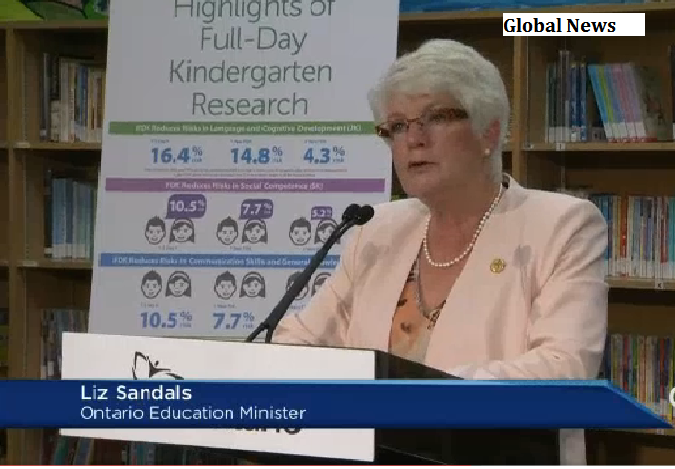 Although there are positive impacts from the implemented full-day kindergarten policy there are also many child care advocates questioning the long term effects on daycares and younger children. School boards are finding it difficult to accommodate the inflow of young students due to lack of vacancies and construction delays.

Minister Sandals said Tuesday “They’ll find another school that has some empty space,” Sandals said. “They’ll temporarily put a portable on the property, maybe there’s a church basement down the road that they can rent for a month.” 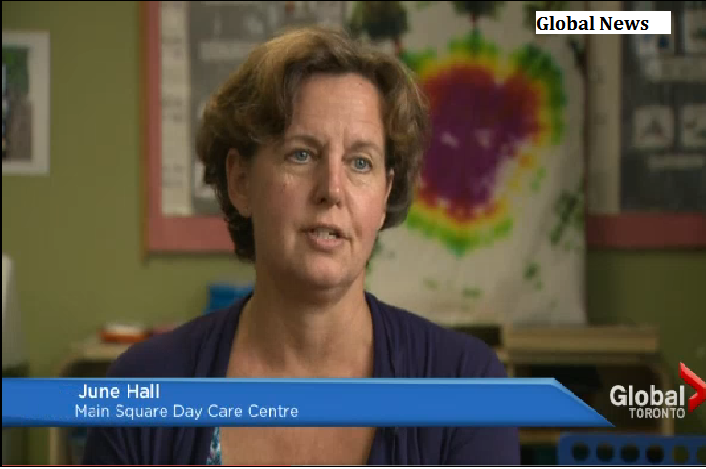 With the fourth phase of full day kindergarten being implemented this year, the departure of school age children from child care centres results in the financial struggle for many child care centres. June Hall from Main Square Day Care Centre shares the challenges they are now facing.

The Ontario Coalition for Better Child Care’s coordinator Andrea Calver also speaks on the fact that if child care fees were affordable, child care spaces would be full. 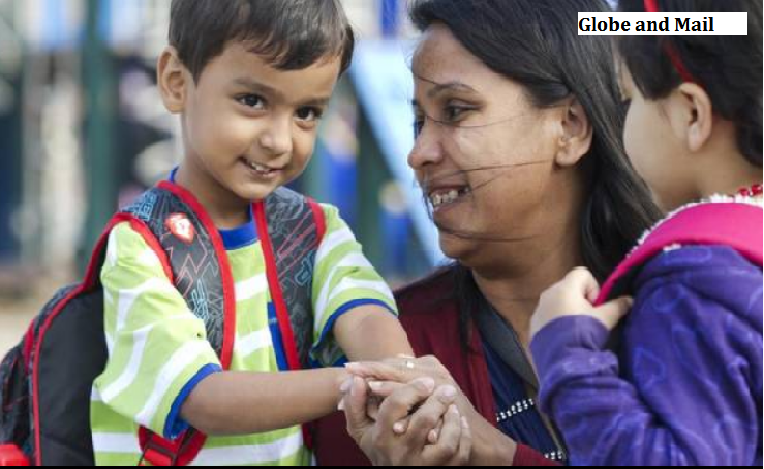 A study focusing on the benefits of full day kindergarten was conducted by researchers at Queen’s University and McMaster University from 2010 to 2012.

The study released today found that children enrolled in the first two years of the province’s full-day learning program were better prepared for Grade 1 compared to those children who have completed one year in the program.

Dr. Charles Pascal stated that “the program even in its early years of early childhood development is showing that kids’ lives are being shaped, and in many cases, saved.” 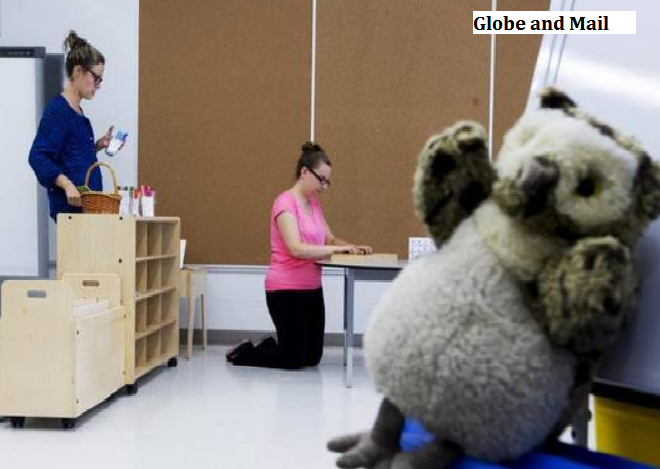 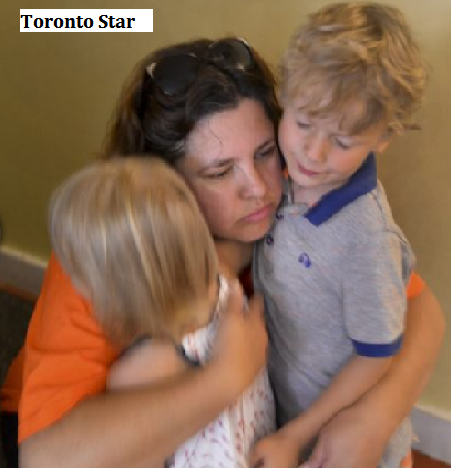 With the 4th year of implementing full day kindergarten, child care centres are increasingly challenged with the financial cost of caring for younger children as school-agers are leaving the centres. This article discusses the closure of Messiah Daycare who can no longer make ends meet.

Ontario Coalition for Better Child Care’s coordinator Andrea Calver, spoke with the Toronto Star on the fact that “full-day kindergarten is adding to already intense financial strain for daycare operators”.

On CBC Metro Morning, the Ontario Coalition for Better Childcare's coordinator Andrea Calver sits down with CBC's Matt Galloway and parent Michael Schiel, who is also the president of the board at Jackman Community Daycare, to talk about the challenges occurring when implementing full day kindergarten. 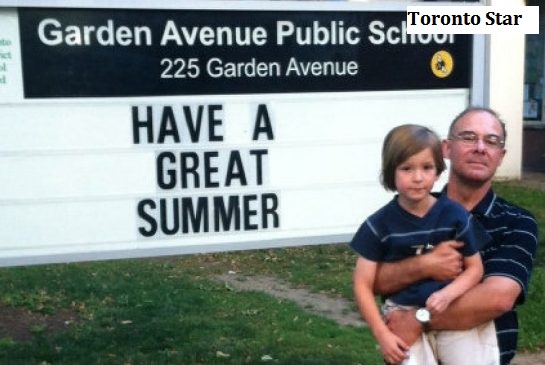 acing an increasing challenge, with a growing number of students and limited classrooms to house programs. Sunnyside Garden Daycare has refused to sign a contract to provide before-and-after-school care, out of concerns regarding moving children to spaces unlicensed under the Day Nurseries Act, such as hallways.

Andrea Calver from the Ontario Coalition for Better Child Care said, “It really is time for school boards to catch up with the reality that these are exactly the same children, and to make all of these spaces available.”

Toronto Star: School-based daycares fear eviction for refusing to run before- and 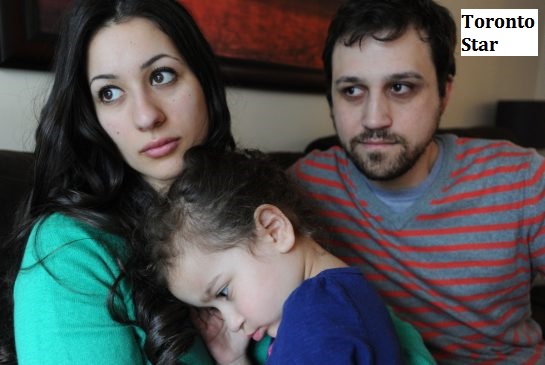 Community child care centers are feeling the pressure to provide before-and-after care, worried they will be evicted from schools to allow another provider in. However, with a lack of resources to support the centers in their transitions, many are suffering from financial loss.

Coordinator of the Ontario Coalition for Better Child Care, Andrea Calver said chronic underfunding and the loss of 4 and 5 year olds to FDK programs is increasing pressure on child care centers. 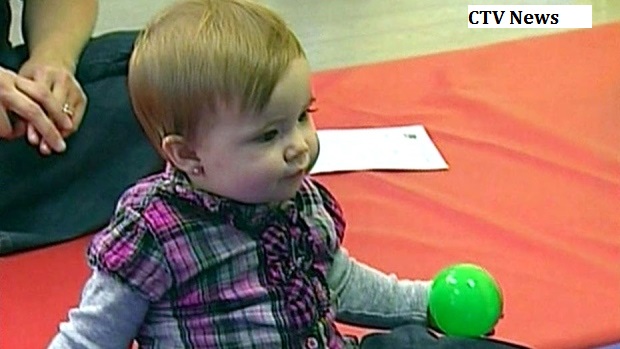 Child Care Supervisor Luisa Artuso states that, due to many four to five year olds attending full day kindergarten and leaving their daycare behind to the younger more needy children, waitlists will boom. The money brought in from the kindergarteners will be taken from daycares that need that funding. This will cause a shift, and many centres will be closed down.

“They may end up closing their doors because they can no longer be able to offer the spaces that are of higher cost to operate,” she said." Since there will be more daycares closing, the already limited amount of spots will become even more scarce.