Child care shouldn't be for profit 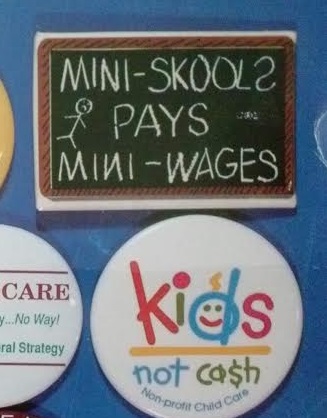 Last week, the owner of a private, for-profit child-care centre (Private not a dirty word in child care, Nov. 28) argued the Manitoba government should subsidize private (for-profit) child care, making several misrepresentations to support this view. We disagree and want to set the record straight by offering three good reasons why child care shouldn't be a for-profit business: quality, efficiency and ethics.

For-profit child care has been a much-debated policy issue since the 1970s. Canada's first big-box chain emerged in Winnipeg in the 1960s but Mini-Skool Ltd. was soon bought out by Alabama-based Kinder-Care, the giant chain that inspired one pundit to dub profit-making child-care chains "Kentucky fried children."

For-profit child care diminished in Canada through the 1980s and 1990s, so its resurgence following the Harper government's 2006 cancellation of the Liberal's proposed national child-care program is troubling. As improvements in access and affordability slowed in most provinces, profit-seeking operations sought to fill Canada's unmet child-care demand, accounting for 30 per cent of spaces by 2012. Manitoba has been one of the few provinces whose child-care policy favours non-profit provision; consequently, its for-profit sector is quite small -- about five per cent.