Schools are the hubs of our communities ... Count Us In! 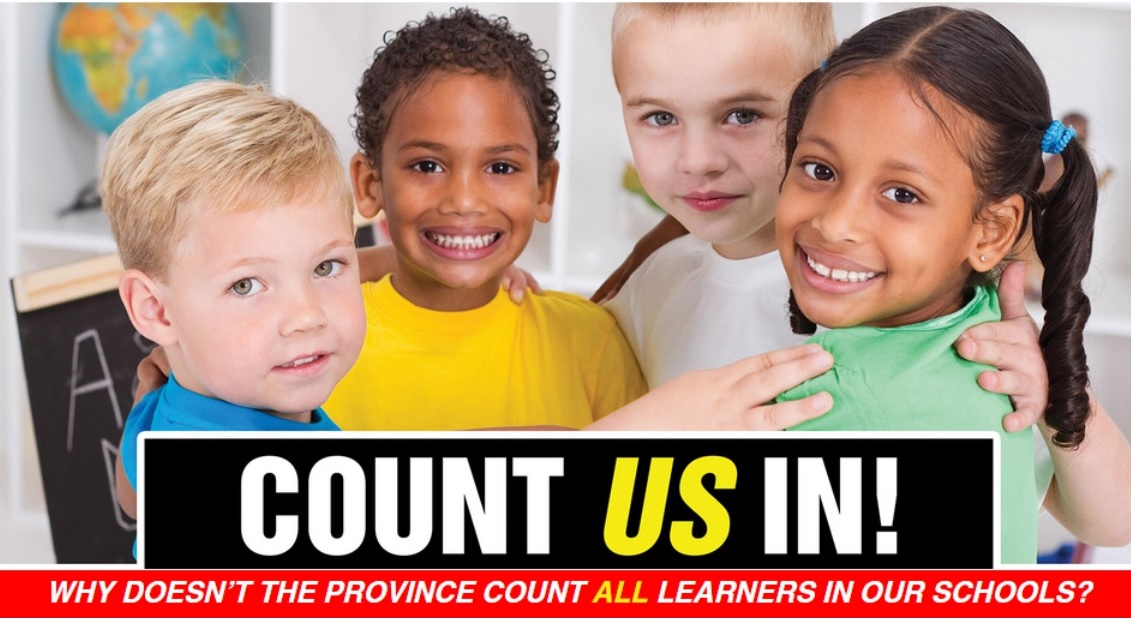 Many schools across Ontario have child care and parenting centres. Many of these child care programs, however, are often forced to pay unaffordable rent and permit charges – increasing parent fees and limiting community access. Pre-school children, in child care, and adult learners, in continuing education classes, even though unrecognized and isolated are also part of the school community. Tens of thousands of adults are not counted by the province, such as Adult ESL and literacy learners; high school students over 21, and adults in general. As a result “under-utilized” schools are continuing to close, putting many of these unrecognized associations at risk. Help Us Count All Learners In!

Click here to submit YOUR message to YOUR MPP.

A provincial push to get school boards to close schools that are severely under-utilized doesn't capture the whole picture, argue trustees.

A community consultation took place at Old Orchard Junior Public School. 40 parents settled into the gymnasium. Parents at the meeting spoke of pressures of their own when trying to get their children into daycare.

Toronto’s elementary teachers union claim, that majority of schools, which will be closed could potentially be in the city’s poorest neighborhoods.

Mapping Which Neighborhoods Could Be Most Affected by TDSB School Closures

A look at potential school closures across Toronto reveals that it could affect communities with the greatest need.

Majority of schools on TDSB hit list in poorer neighborhoods

Majority of elementary schools targeted for closure due to falling enrollment are in city’s poorer neighborhoods, according to a report to be released Monday by the Elementary Teachers of Toronto.

West-end is home to the West End Parents’ Daycare (WEPD) and a Montessori school with a combined enrollment of 120 children. Concerned parents held a press conference Tuesday morning inside the daycare to shed light on the importance of keeping the facility open.

With nearly 30 children facing eviction, parents and child care advocates urge Trustees to work with them to secure stable funding and space. APS serves 85 preschool, kindergarten and school-age children.“Shutting down Alternative Primary School Day Care and Nursery (APS) will do nothing to address overcrowding in schools in the long run, in fact it will only further degrade the child care system,” said Carolyn Ferns.

The decision to close the West End Day Care on Dec. 31 just moves up the date. But parents say it will mean disruption in their lives. It also means the city is going to lose a highly regarded daycare. The city, however, has offered to help parents find spaces at other day cares.

School closures are not only affecting students, they are also affecting children in day care, and their parent…

Parents are worried they will be without affordable childcare. Many parents, community members and councillors have expressed concern about what they consider a rushed process. They say the buildings are more than just classrooms. "People need to take care of our children and our grandchildren," one protester said. "The schools belong to us," said another. Source

Concerned parents held a press conference Tuesday morning inside the daycare to shed light on the importance of keeping the facility open. Source

Taryn McCormick’s daughter has been attending WEPD for six years. She claimed that her six-year-old daughter goes to a local elementary school and this daycare (WEPD). She states, “It’s an amazing program. I drop her off here. They walk her to school. They bring her back, feed her a hot, healthy lunch and pick her up at the end of the day.” “If they close this daycare, where are we going to find those spots? There’s nowhere for us to go,” Ms. McCormick says. Source

Parent David Weaver has two children attending WEPD and says he has no plan B if the daycare closes down. “Our hope is that the TDSB reconsiders their decision and that the Ministry of Education makes a statement that they are committed to maintaining the number of daycare spots in the downtown core,” he said. “It’s not just a daycare, it’s a community hub. It becomes part of our lives.” Source

Ben Ofori has a child at the daycare and another on the waiting list. He asked whether the fact the building’s tenants are not board-of-education students will mean their interests will fall through the cracks, no matter what comes of a public consultation. “Who has a duty of care for the children? If all the facilities in this area are oversubscribed already, who will see that they don’t make it worse?” Mr. Ofori drives his family’s car to his job near the airport every day. He doesn’t expect he could find another daycare spot within walking distance if this one closes. “What happens to the children and families?” he asked. “This is what matters. Not the money.” Source

Yoram Faitelson, a parent whose child attends APS, said the loss of the spaces would be a "terrible blow to our family and to the neighborhood, because every neighborhood, including ours, has an urgent need for quality child care spaces." Source