In October 2013, The Globe & Mail did an unprecedented series on child care in Canada including six major articles, supplementary articles and commentaries. This series focuses on  building a better daycare system in Canada.

Since the series, The Globe & Mail has kept up their coverage - here are recent articles, followed by the full series.

“You know what should lurch back from the dead? A safe, affordable, universal daycare plan, that’s what.”  Elizabeth Renzetti shares an opinion piece on the need for affordable child care, not income splitting.

Globe and Mail Editorial- "Home daycares provide a vital service, offering parents a convenient, cost-effective alternative to their licensed counterparts, which are typically more expensive and where space is in short supply. It is precisely because so many families choose this option – 80 per cent of children in daycare are at unregulated facilities – that government should take a closer look at how they operate, to see if there are any risks they pose to children’s welfare." 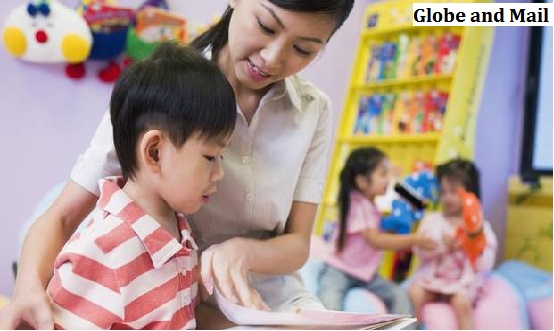 Globe and Mail’s Erin Anderssen discusses why Canadian families need the federal government to adopt more “forward-thinking family policy”, that will allow for Canadians to balance raising a family and their budget.

The article explores the economic importance of affordable, accessible child care in an aging population, and the values policy should reflect in order to support equity of all Canadian families.

The Globe and Mail’s comprehensive series on child care “sketched a bleak picture for families across Canada” and reinforced the need for a national child care program. 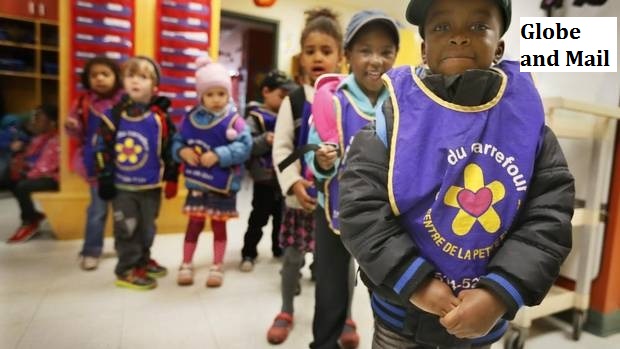 Child care for $7/day? Our neighbouring province Quebec is showing the country how an affordable child care system can be built. With Quebec’s child care costing families an average of $140 a month, Ontario families spend about $900 or more.

“To deliver a one-fee system, Quebec now invests $2.2-billion a year in its childcare strategy, nearly two-thirds of the $3.6-billion spent by all provinces and territories combined“

Not only has Quebec established affordable prices for child care but this investment has “decreased poverty, increased mobility for mothers and produced more babies among all income brackets.”

Video: Lessons the rest of Canada should learn from PEI's daycare overhaul  -Oct 19 2013 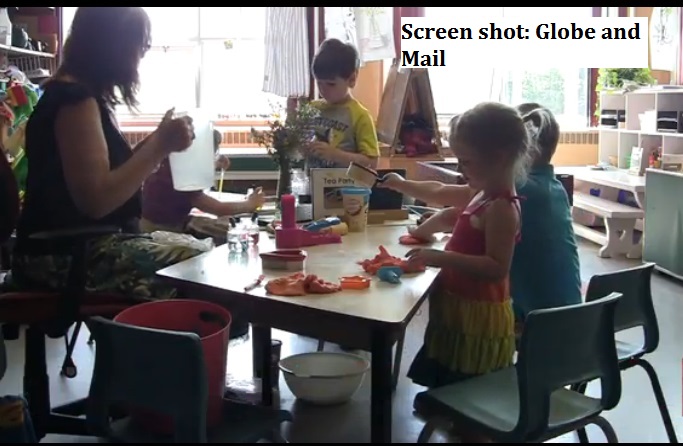 Prince Edward Island has made the changes to the child care system and invested in early learning. Anne Miller, supervisor of Early Learning Academy addresses the changes PEI has made which include:

Take a moment to click the title to watch the video. 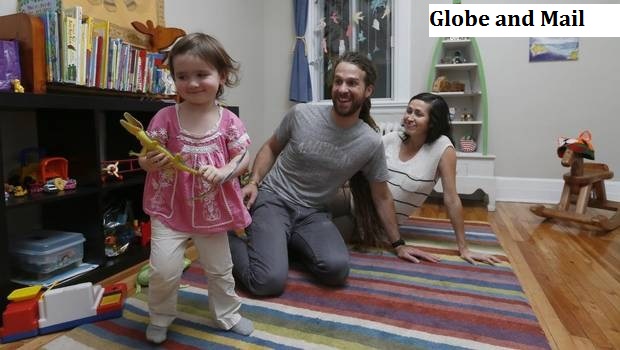 The need for more publicly funded child care in Canada is needed now more than ever, especially when building a better child care system in Canada.  However, Prime Minister Stephen Harper believes the taxable Universal Child Care Benefit of $100 a month is sufficient for parents “to decide how to care for their kids”. Working parents searching for child care know that they cannot find child care for anywhere close to $100 a month. 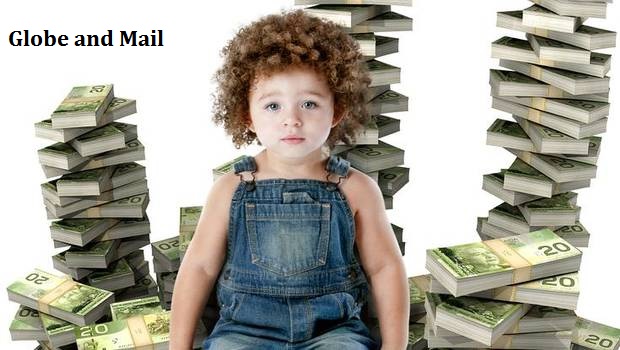 The public policy surrounding child care as evolved since the mid 1800’s, where child was a “welfare service” for parents and nuns created the first child care centre to assist working mothers.

Second World War- The federal government offered to split the cost of child care with provinces so women can contribute to the war effort.
1950’s - Most mothers stayed home
1970’s- The Royal Commission on the Status of Women called for a public program as a positive step toward greater gender equality.
2001-A significant change in policy with the expansion of parental-leave benefits.
2005-Federal Liberals came close to signing an agreement with the provinces to create “a truly national system of early learning and care”—committing $5 billion over four years
2006- Federal Conservation Party under Stephen Harpers government canceled the national plan and created the Universal Child Care Benefit which pays families $100 a month for every child under 6—estimated cost over seven years= $17.5 billion

How much does Ottawa current spend on early learning? $2.6 billion a year 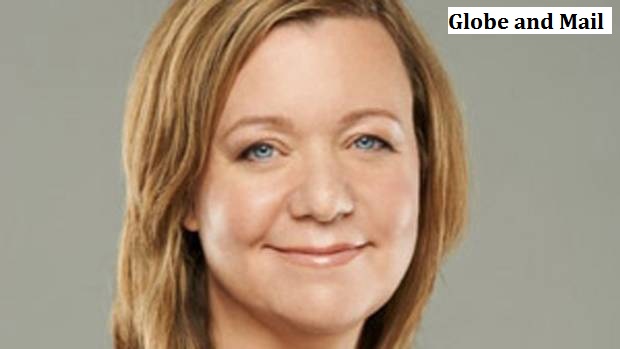 With the high cost of child care, families across Canada are in the dilemma of wanting to have more children, but are discouraged because they simply cannot affordable child care.

Marina Adshade states “45 per cent of women [in their twenties] say they want to have two children and another 35 per cent say they want more… but my guess is that unless they have access to affordable childcare, the majority of Canadian women will continue to have fewer children than they hope”.

The procreative class: How cities can help on the child-care front -Oct 22 2013 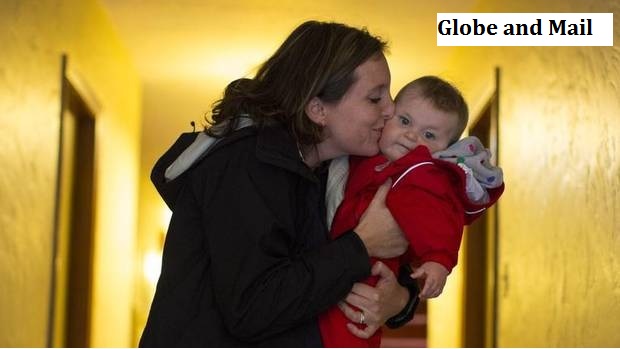 “In Canada, only Ontario mandates that municipalities play a role, which includes providing some of the financing and managing the overall budget…” however, cities rely on provinces for funding, and “without incentives or regulations, expanding in big cities is difficult”.

So what is the current child care situation like in major cities?

OTTAWA- Has a central registration list for child-care centres with 10,290 families on the list. Fees = $69 for an infant, $56 for a toddler and $40 for a preschooler.

CALGARY- Does not track waiting lists but the University of Calgary Child Care Centre has 370 children waiting.
Fees=The Y charges a flat rate of $925 a month for care but some parents pay between $1,000 and $1,500 for city child care.

WINNIPEG: Waiting list is at 6,510 families.
Fees= $30 a day for infants, $20 for a preschooler and less than half of that for school-aged care.

VANCOUVER: Fees= under $1,200/month for toddlers. For poor families, the maximum subsidy for a toddler space is only $635 – which means they still have come up with, on average, another $560 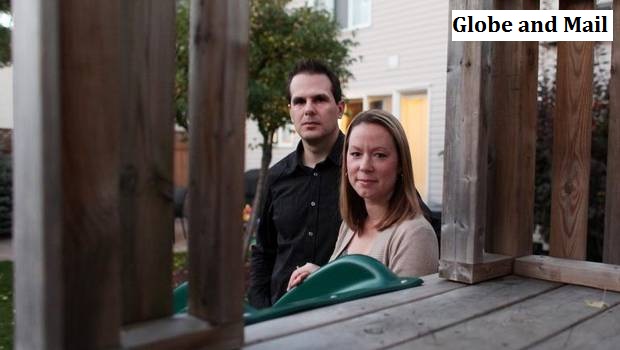 In Canada there is only has enough regulated centre-based spots for about one-fifth of children under the age of five, forcing families to rely on unlicensed child care where they are “leaving their children with caregivers who may not even have first-aid training, paying whatever is asked, and hoping for the best.”

However, too often we have seen children die in unlicensed care, with the recent death of two year old in Vaughan, where 27 children registered. In December 2012, two year old Jeremie Audette drowned in a backyard pool, while at a “play date” with 31 children.

“There are no doubt many excellent unlicensed caregivers, but aside from word of mouth, parents have no way to identify them. Even when they do their best due diligence, says Alain Audette, Jeremie’s father, “You don’t really know who is looking after your kids.” 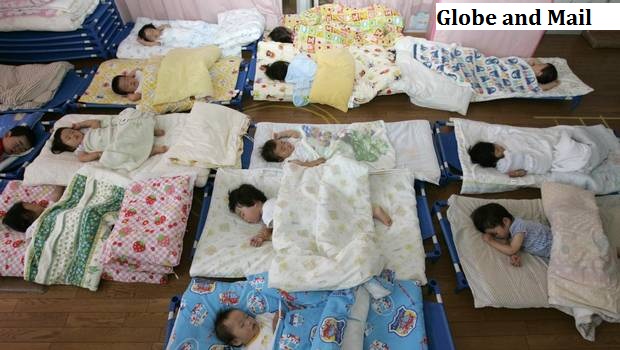 If Canada needs pointers on how to build a better child care system for families, they can take a look at some of the countries who have taken the initiative for an affordable, accessible system.

Sweden- A universal, affordable, educational system with the cost of care at about $300 a month. Preschool is free for four and five year olds and almost every child is cared for by both parents at least until their first birthday because of generous parental leave.

Waiting lists- municipalities are required by law to find a space within three months.

Portugal: “Elementary schools are required to operate for a full day, from 9 a.m. to 5:30 p.m. If care is needed out those hours there is additional state-funded care before and after school, with fees based on income.”

Norway:  “To increase the participation of men, Norway has set targets, along with extra support for male educators, job advertising and recruiting campaigns targeting them.”

Slovenia: “Developed a universal child-care system that is run by municipalities, which are required to create enough spaces. Families pay an average of $460 a month for a toddler, but only one-third as much for a sibling – and no charge for the third child.”

Japan: “Co-ordinated the construction of privately managed child centres in such places as train stations, so commuters need not travel to the suburbs in search of care.”

Australia: “Created a national quality standard that has been adopted by every state and territory and applies to all forms of child care. Centres are graded from “excellent” to “significant improvement required,” and the results must be displayed in the centre and online.”

New Zealand: “All early-childhood educators are trained to follow New Zealand’s national curriculum, called Te Whariki, which means “woven mat.” Implemented in 2002, it teaches through play and is designed to create a seamless transition into school.” 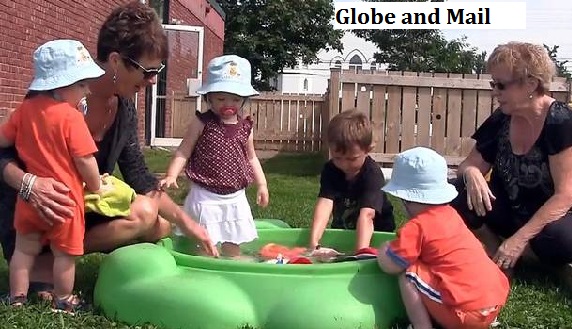 She says “ they think they’re just playing a game but really what they are doing is recognizing their numbers and learning to take turns.”

“We get really irate when we hear the word babysitting,” Ms. McIntosh says. It’s education, she adds. 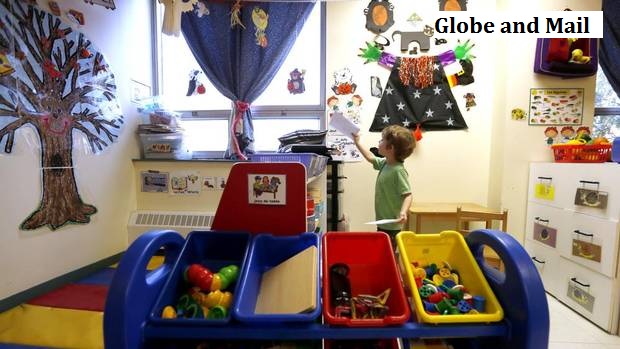 Rob Carrick speaks on the financial pressures of juggling the cost of housing and the cost of children. Rob says "daycare is the hidden menace, financially.

It’s amazing that such a massive cost gets so little mention outside gatherings of cash-poor parents".

One study estimates monthly average costs for infants range from $1,152 in Ontario, $631 in Manitoba and $152 in Quebec. 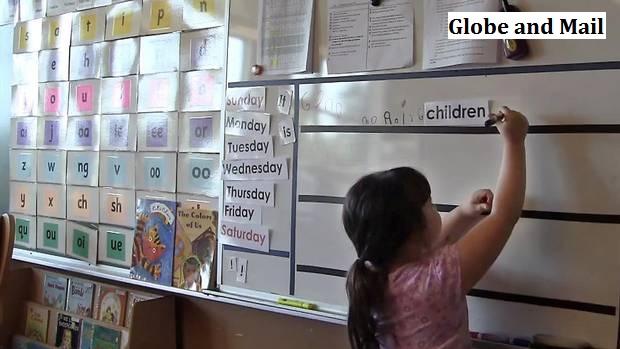 This editorial in the Globe and Mail is critical of the federal government and pushes provinces to develop child care programs to meet need of families.Flawed editorial called for more provincial experiments while people want national child care. 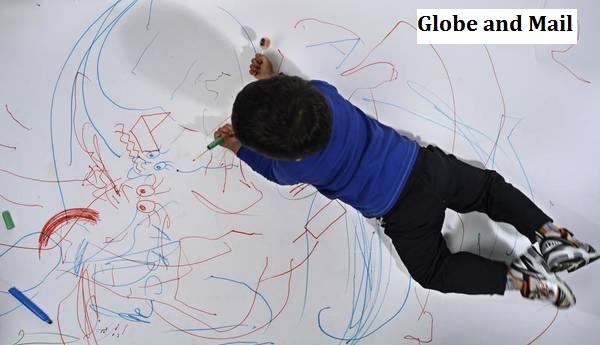 Craig Alexander, senior vice-president and chief economist of TD Bank Group focuses on the importance in investing in affordable, high quality child care and the benefits of early learning on young children. 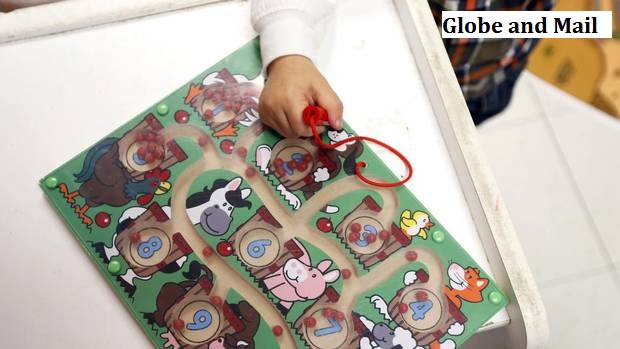 Great perspectives from Canadian families, here is their personal opinion/feedback from discussion generated by the Globe and Mail Series on child care.