OCBCC getting results at Queen's Park 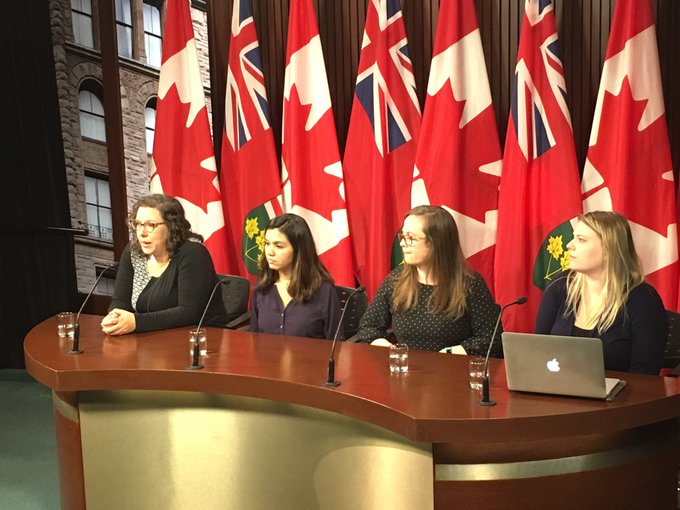 On Tuesdsay April 25 the Ontario Coalition for Better Child Care and our partners were at Queen's Park to push for action on child care in Thursday's provincial budget. We called for funds in the budget for affordability for families and decent wages for early childhood educators - consistent with the 3 Big Ideas for Child Care that we've been campaigning for.

On Wednesday we saw the government make a pre-budget announcement that promised:

- 24,000 more children up to four years old will have access to child care in 2017-18. This is part of the province's plan to help 100,000 kids access child care over five years, as announced in the 2016 Ontario Speech from the Throne.
- Parents will receive more financial support to increase affordability, including subsidies for approximately 60 per cent of new child care spaces.
- The province will also work with families and experts in the coming months to develop a child care affordability strategy that will identify further measures that could lower costs and support parents.

More information will be released in May's anticipated renewed provincial child care framework. The Coalition will be hard at work to win commitment to all of our Big Ideas. But this week's news shows that Campaigning Works!