One more year without a national child care program 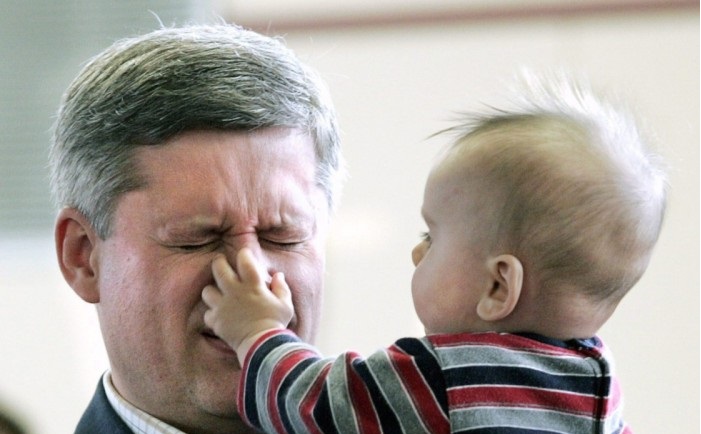 Last February 6, we posted a blog commemorating the eight year mark since the Harper government's cancellation of Canada's first national child care program. This year, while the story is still the same, there are some new and hopeful developments. With this in mind, we are reposting last February 6's commemorative blog together with comments about how the child care debate is shaping up in 2015.

In November, the child care community, emerged from a significant national policy conference, ChildCare2020, united around a "vision" of a child care system based on child care as a public good, not a market, universality and high quality. At the same time, in the all-but-declared federal election build up, two of the main parties have already declared themselves on child care:

Thus, it seems clear that child care will feature in the 2015 federal election, that there are unambiguous lines drawn showing well-differentiated "visions" and approaches, and that the child care movement is prepared to fight for a national child care system once again.

Canada still has no national child care program and families and children are waiting -- on waiting lists for a space, for a subsidy (in some provinces), to be able to afford the fees, for better quality.

But this year we could be close to finally beginning to build that national child care program. Your vote in 2015 can make it happen.

Another February 6: One more year and whaddya get? (Not more and better child care)
February 6, 2014
Martha Friendly and Carolyn Ferns

Another February 6th, and for those of us in the child care community, it's a time to reflect on Canada's close-but-no-cigar national child care program. You remember, right?

Everyone knows the story - after years of advocacy for a national child care program, it seemed that one would really materialize. But the story ended with a clunk for children and families when the Harper Conservatives won the January 2006 federal election and cancelled the bilateral agreements between the federal government and the provinces/territories that Ken Dryden had spent months negotiating.

The cancellation was lickety-split. As just about his first act as Prime Minister after the swearing-in ceremony on February 6th 2006, Mr. Harper stepped to a microphone to announce cancellation of the signed child care agreements. Objections from the child care community and parents were ignored. The provincial/territorial Child Care Action Plans developed as part of the intergovernmental process were abandoned or-at best-scaled back.

So on every February 6 since 2006, many of us in the child care world have cause to reflect on what could have been - if Stephen Harper hadn't cancelled the just-budding national child care program before it got off the ground.

For one thing, it would have meant moving into a more planned and publicly accountable approach. It would have meant real money for provincial/territorial governments to expand child care spaces in their jurisdictions and begin to make them affordable. Of equal importance-it would have been an opportunity to improve quality so as to reflect the idea that high quality child care is "educational" in the very best early childhood sense. It's worth reflecting on the principles that accompanied the promise of federally funding - the "QUAD" principles-Quality, Universal, Accessible and Developmental child care programs.

What do we see instead? Child care programs struggling to keep their doors open. Dedicated early childhood educators still earning low wages and working under challenging conditions, while centres grapple with recruiting and retaining the dedicated professional workforce needed to make high quality a reality. An entrenched, ineffective child care market approach with a growing for-profit and corporate sector. And we see parents in most of Canada still on their own when it comes to finding and affording the high quality child care they want for themselves and their children. Today, most families still rely on unregulated-sometimes illegal-unregulated care.

Today, a national child care program would have been eight years old. If it were, would Ontario be considering rolling-back staff: child ratios for infants and toddlers to below acceptable minimum levels-if there were more federal funding and a collaborative pan-Canadian approach to quality improvement? Well, perhaps-child care is within provincial jurisdiction. But with a real national policy framework linked to significant federal funds, it would have been more difficult.

And how are those $100 UCCB cheques working out for people? Have they delivered their promised "choice in child care"? More than $17.5 billion has been sunk into them without any evaluation of their effectiveness. For the record, CRRU's analysis shows that the ever-growing bill to the public for this could have modestly funded an additional 700,000 child care spaces.

So-let's have more than a moment of silence for the bilateral agreements, the QUAD principles and federal and provincial/territorial political will to work on child care collaboratively, and what these might have built. Of course, the child care community would have been there, always urging better policy, better funding, better programs-no matter who formed government.

But let's also look forward. The child care movement has never taken things lying down. We're too busy pushing to improve the programs we work in, struggling to keep to keep our issues heard, help parents find the best options available and encourage them to demand the child care system they deserve. The odds may be stacked against us but we know it's worth it.

As the late-great Pete Seeger said "if you sing for children, you can't really say there's no hope". The same goes when you work on their behalf.