18 communities across the province face cuts to child care in 2016. If you are in one of those communities, you need to get organized and speak out! The provincial election is an important opportunity to pressure our candidates to stand up for our communities.

Breakdown of Funding Cuts by Region

The Impact of Cutting Child Care 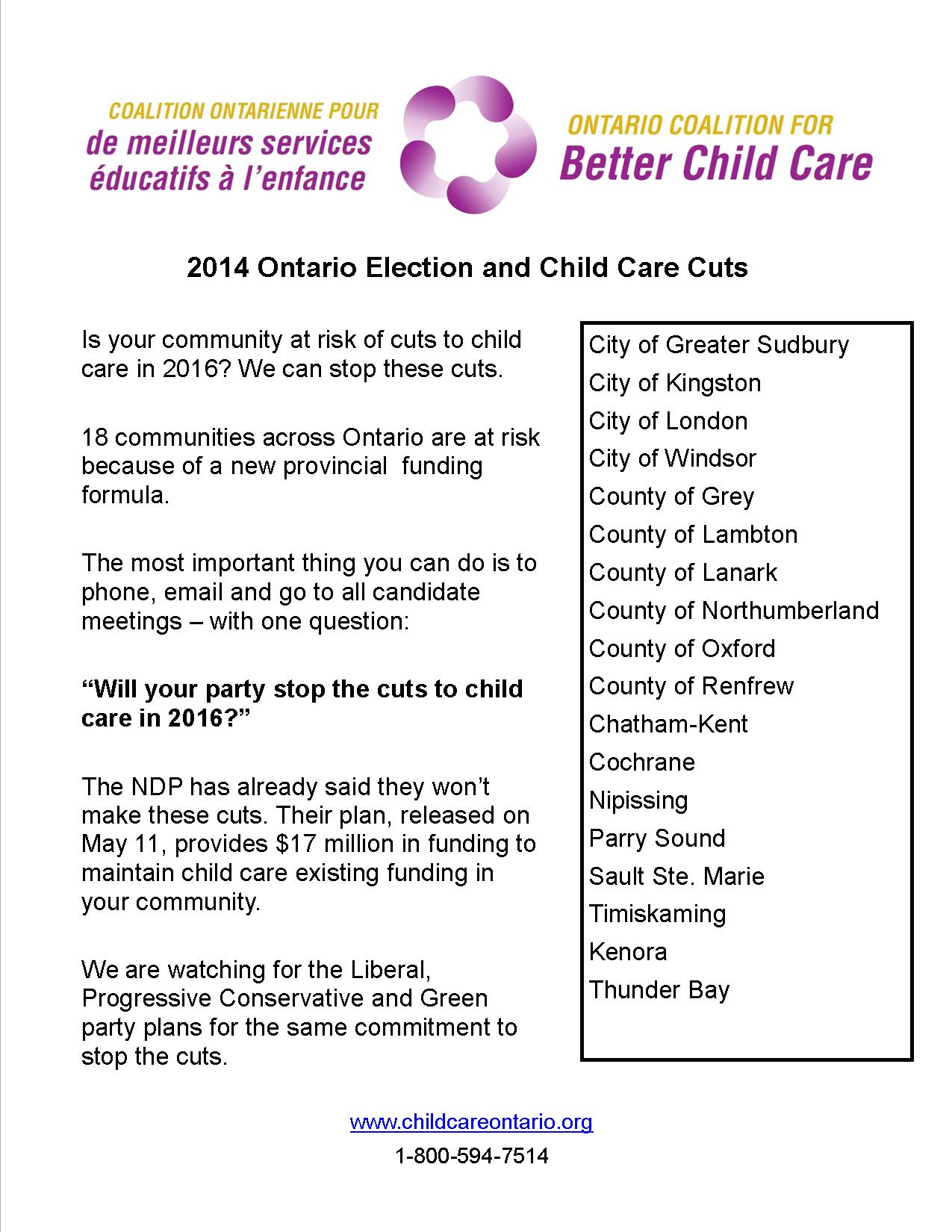 In 2012, the Ministry of Education developed a new funding formula described as being equitable, transparent, streamlined, and based on demographics including low-income cut off, educational attainment and social assistance case load by region.

The new funding formula meant that some regions were granted more funding than they originally had, while 18 regions were granted less funding than they previously had - 10% less, on average. When the cuts were announced, the Ministry of Education provided three years of mitigation funding to each region, paid up front and in a lump sum, with the understanding that the funding would be cut in 2016-2017. Today in 2014, we're starting to see the impacts of these cuts, most recently in the form of child care centre closures.

Ontario only has licensed child care spaces for 20% of children.

Across Ontario, child care can cost $10,000 to $15,000 per year, per child. Ontario parents pay the highest cost for child care in Canada.

We need to move forward, towards a strong, well funded system of early learning and child care.

We wrote to MPP’s, Mayors and Councillors in 2013 to alert them to child care cuts, but when it was three years away it attracted little attention. We argued that child care funding should be brought up to a consistent standard, and that no community can afford child care cuts.

Now the cuts are right around the corner.

Annual cost of these cuts is $16.7 million dollars a year.

This provincial election is an opportunity to stop these cuts. The NDP has already announced that they will grandparent the funding to avoid the cuts. That puts pressure on the Liberal, Progressive Conservative and Green candidates to do the same. 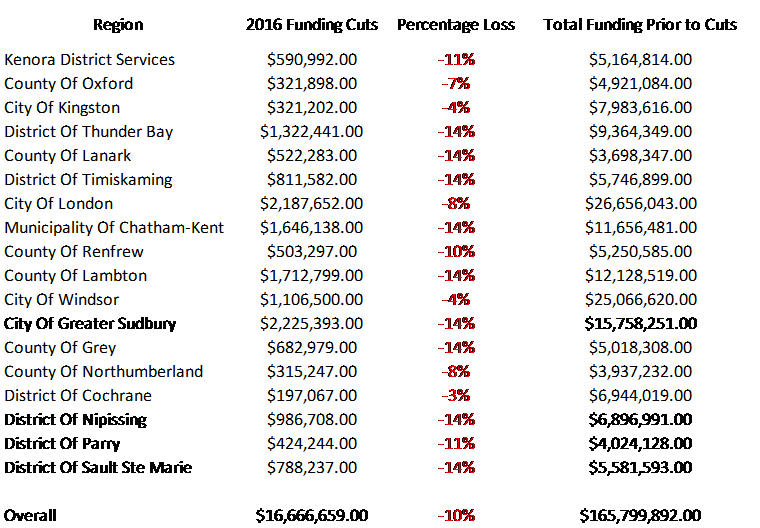 The Impact of Cutting Child Care

We'll be monitoring the impacts of child care cuts on the eighteen communities. Click the links below for an update on each region.