Outside the spotlight: Small changes could have big consequences for Ontario child care 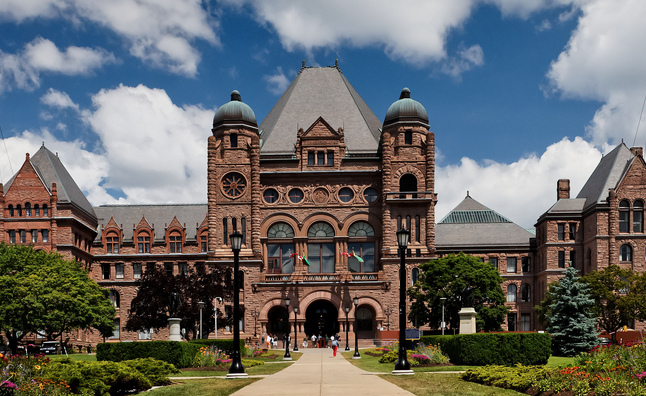 A memo was sent out to "Early Years and Child Care Partners” from the Ministry of Education in late August. With all the hoopla and chaos of the sex-ed rollback, the Toronto City Council cut and the notwithstanding clause, it is easy to understand why a dry child care policy memo has not attracted much attention.

But sometimes big changes do not come with a big press conference or announcement, nor with a court date, nor even with debate in the legislature.

Under the guise of “choice for families” and “reducing red tape”, the Ministry of Education’s August memo contained two changes that may significantly impact the early learning and child care sector.

First change: The government has lifted the For-Profit Maximum Percentage Threshold, a cap that was put into place two years ago to limit the amount of public funding that can go to for-profit child care. This cap was all about what our future child care system would like, as it prioritized expansion of child care funds to the public and non-profit sectors. The Threshold didn’t disrupt municipalities’ funding arrangements with for-profit centres that were already in place, but it ensured that the proportion of public funding to for-profits could not increase as the system expanded. It was a measured and responsible limit put in place to ensure new public funding to child care would help build a real system.

The Ford government’s decision to lift the Threshold flies in the face of research, the aspirations of the early learning and child care community, and the widespread public consultation that led to the introduction of the Threshold. Clearly the Ford government is listening to other voices—we know the corporate sector has been actively lobbying to have the Threshold removed.

In response to the Threshold decision, the OCBCC and the AECEO have both written letters to the Ministry opposing this move. The Toronto Star published an excellent editorial decrying the decision. But the change appears to be a fait accompli, without consultation.

Second change: The second change the Ministry memo identifies is to 2018 subsidy funding. This is money that was promised to municipalities back in May to support the second year of the child care space expansion plan. The August memo announces that the Year 2 funding will be cut from $48 million to $25.3 million. This cut of $22.7 million is to subsidy dollars to support low-income families—who ordinarily must languish on subsidy waiting lists—to access the spaces created under the Year 2 expansion.

The Ministry claims that this cut will have no impact on the number of children assisted. This, however, is mathematical sleight of hand: rather than providing 4,200 subsidies from April - December, the smaller pot of funds now provides subsidies to the same number of children…but only from September-December.

If this sounds like a shell game to you, you’re not wrong.

This does not bode well for what is to come. Any and all funding for the rest of the 100,000 space expansion plan is subject to next year’s provincial budget. If the government can do this much damage in a single policy memo, imagine what can be done in the provincial budget.

But all is not lost. In response to this threat the child care movement will work harder and more collaboratively than ever.

We will find our allies and draw them closer. 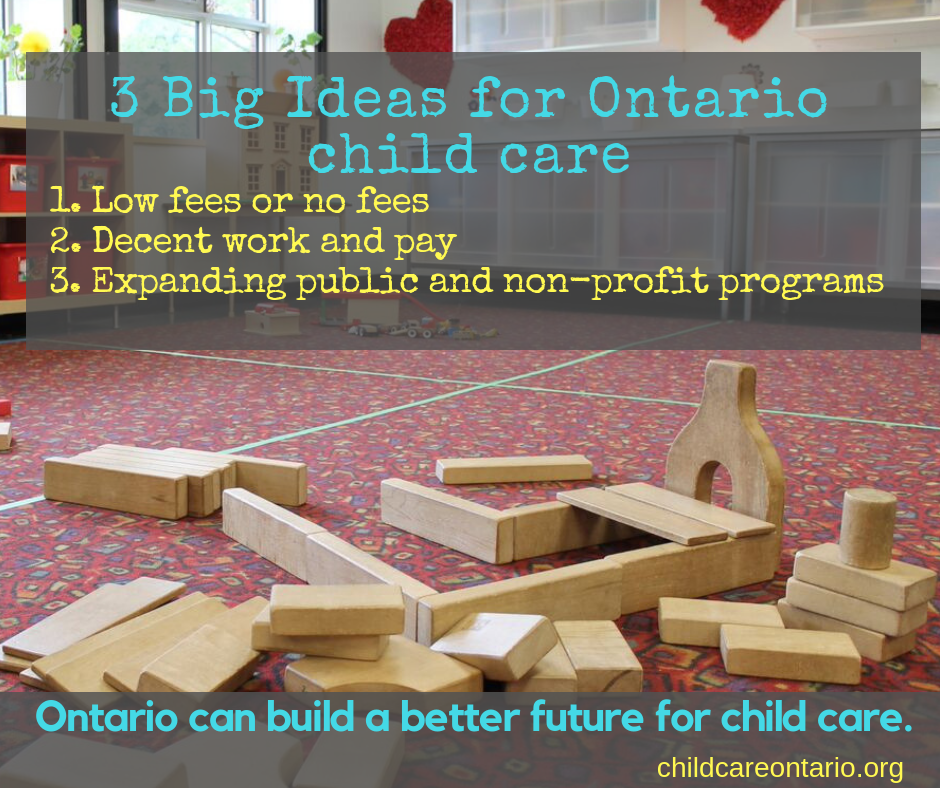 We will keep pushing for our Three Big Ideas: low fees or no fees; decent work and pay; and expansion of public and non-profit care.

We will advocate for the federal government to do better on child care, matching their rhetoric with the kind of plan and dollars that will make a real difference for families, and sufficient public accountability to ensure that scarce child care dollars are used based on the best evidence. Such a plan could help protect Ontario’s child care sector from the worst follies of the Ford regime.

We will make sure our municipal Councillors and candidates know how important their role is in being champions for child care. For example, despite the Threshold being lifted, municipalities still have discretion in how much public funding they provide to for-profits. Sixteen municipalities1 have their own restrictions on new funding to for-profits. They should be applauded for this move and other municipalities and regions must be encouraged to take this important step themselves.

We must all be ready to raise our voices for child care. It’s easy to lose hope or experience “outrage fatigue” as we are faced with the onslaught of ridiculous news happening around us daily. But we did not lose hope under Harris or under Harper, and we must keep going under Ford.

Let us keep our vision clear, our friends and allies close and be ready to keep fighting for quality child care.