UPDATE: Our petition was presented to the legislature on October 26th, Child Care Worker and Early Childhood Educator Appreciation Day. 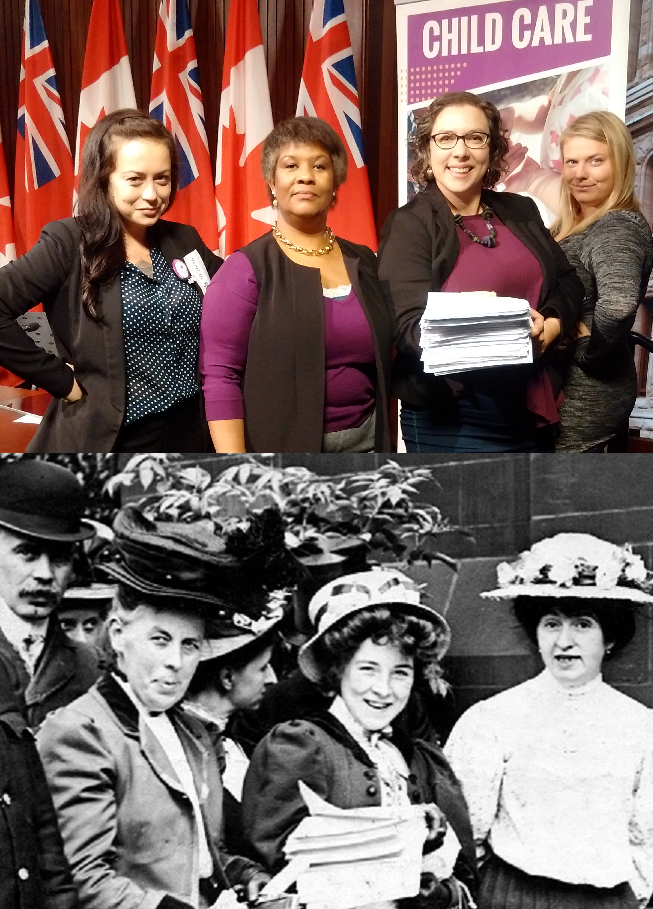 We held a press conference at Queen's Park, together with the Association of Early Childhood Educators and the Atkinson Centre at OISE/UT. Later that day, the petitions were officially presented in the legislature by NDP Education Critic Lisa Gretzky.

Thank you to everyone who signed petitions! Special thanks go to Kim Gilbert and Alica De La Hamaide of CUPE 543 in Windsor, Lori Prospero and Owl Child Care in Kitchener-Waterloo, and Chrystal Morden and Superior Children's Centre in Wawa for acting as local organizing hubs. Thanks as well to Shaku Kesavan of CUPE 2484 in Toronto for collecting over 400 signatures - our single largest individual canvasser.

We will now wait for the official response from the Ontario government. 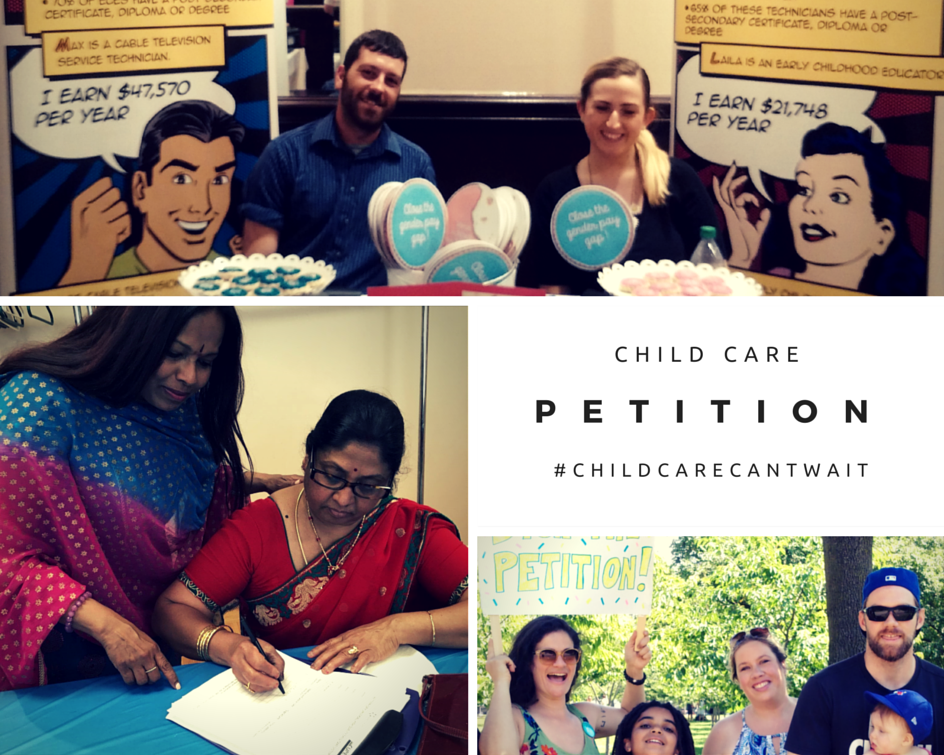 Supported by both the Ontario Coalition for Better Child Care and CUPE Ontario, the petition calls on the province to work towards a clear goal of developing a universal early childhood education and child care system. It also calls on the government to publicly declare Ontario’s commitment to take leadership with the federal government in developing a national child care plan that adopts the principles of universality and high quality. The OCBCC has also sent a statement to all Ontario MPPs calling on them to do the right thing for Ontario’s children and families.