The Spectator’s View: Naked politics and the new child benefit 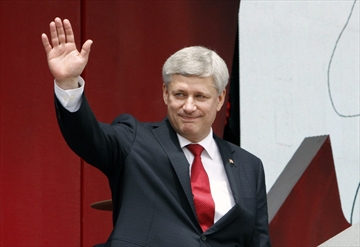 With the release of the Universal Child Care Benefit there is questioning of the way in which the payments are organized and distributed. The poor benefit majorly, the middle class; which is not what it used to be before, don't mind the extra money, and the same cheque is delivered to the wealthy.

That's part of the problem with the program. It's not targeted. If you are wealthy you get it but don't actually need it. If you're poor, you get it but it won't make a huge difference. Still, if this new benefit makes life easier for you and your kids, sincere best wishes.

It's still a cynical piece of manipulation, though. At first, when the UCCB was first introduced prior to the last budget, it was portrayed as needed relief for the burdened middle class. Needed perhaps, but that's not new. Coincidence number 1 is that the Conservatives apparently realized this just in time for the election, despite their having been in office for a decade.

The UCCB and income splitting benefit a very small portion of the population and that being the higher income population.

But for all its naked, politically self-serving obviousness, the UCCB may work. The government will say it's standing up for middle income families, and you've got a cheque for hundreds of dollars as concrete proof. Will it increase Conservative support? Probably. But for the sake of your own self-respect, don't buy the line of bull about what's behind these measures. They are vote buyers, plain and simple.